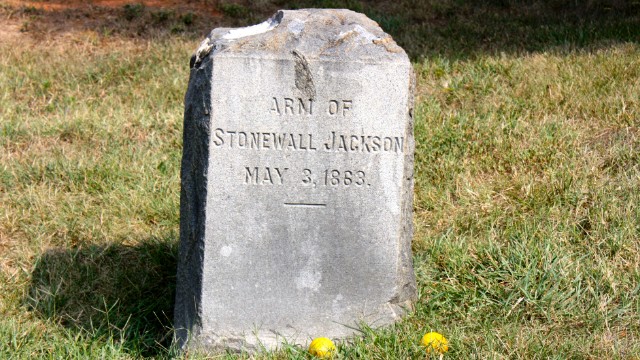 A full moon hung just right in the night sky as the fierce Southern Army faced the encroaching Union troops in the spring of 1863.

Though they were outmanned and outgunned, the momentum of the war seemed to be on the side of Generals Robert E. Lee and "Stonewall" Jackson in Northern Virginia.

But the tide turned in the American Civil War not long after Jackson's own men inadvertently shot him that May night at the battle of Chancellorsville in Virginia.