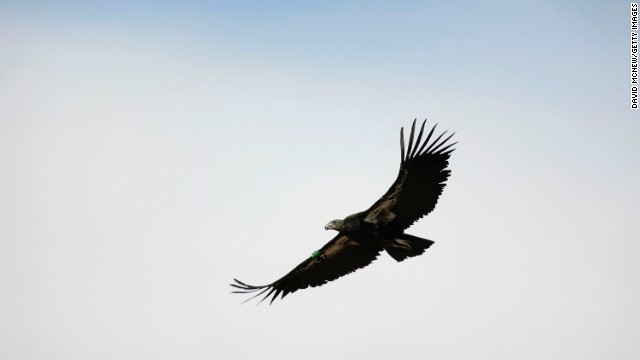 CNN:  When did you know you wanted to work in wildlife conservation?

Haig:  I got started when I was really little.  My family used to go camping a lot — I grew up in Wisconsin — and my mother was always pointing out bugs and birds and things. When I was 4 or 5, I became really interested in butterflies, so I spent a lot of time chasing butterflies and putting them in jars and that kind of thing. So I guess I just always knew I was going to be a biologist; I didn’t know what form it would take.

(When I got older,) I worked at the Milwaukee Zoo and the Audubon Society, but when I was in college, I took ornithology, and that absolutely changed my life. I hadn’t really known about birds, bird-watching, that sort of thing, until then. The combination of ornithology and behavior (study) is what has led me on (my) path academically, and when you throw in my concern for endangered species and environmental issues, that’s kind of where I ended up … looking at behavioral issues,  demographic issues of endangered birds. 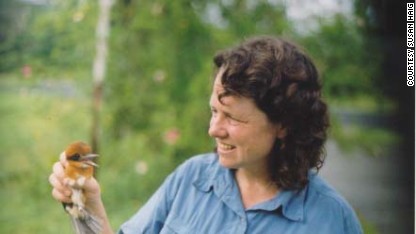 CNN:  What are some of the species of endangered birds you’re currently working to protect? Why is it important for us to save some of these species?

Haig:  We just finished a genetic study of (piping plovers) across their entire North American range and just completed an assessment of their population status, something we have organized and carried out every five years since 1986.

We also were fortunate enough to participate in locating a major winter location for birds breeding on the Atlantic coast in the Bahamas, and that was featured in Audubon Magazine. I’d been looking for that winter population for well over 30 years! It is critical to understand where (bird) populations spend each part of the year — breeding, migration, winter — because without that information, researchers could spend a lot of time trying to fix a problem that really had no relevance to the species’ overall recovery.

As with the other species we study, piping plovers are an indicator of the status of the environment in which they live. In their case, they live on open beaches susceptible to human disturbance, storms and elements of our changing climate. Their extinction, like other species, would signal a serious problem in the greater ecosystem in which they live, a canary in a coal mine scenario.

Another thing we’re doing is, we have DNA samples, we believe, from every condor that’s been in a museum in the world. We think! I’m not sure if we missed any. We have around 400 or more condor samples that were collected from the 1800s all the way up to the birds that are present in the zoos today. We’re doing what’s called an ancient DNA analysis to try and figure out several things: Were there different species of condor in North America? … Were the birds that Lewis and Clark saw here in Oregon genetically different from the birds that were seen down in California, and if that’s the case, how does that relate to genetic diversity and the genetic identity of the birds that are alive now, in the zoos and in the wild?  And the reason we’re doing that is to try to determine … the most appropriate types (of condors to be) brought back to Oregon.

So my work is kind of this integration: The genetic data tells us one thing, which makes us go out in the field to look at something else; the field data makes us think about a genetic implication. So we’re always going back and forth between the two because they feed off each other.

CNN: You recently participated in a TEDx talk at National Geographic on “DeExtinction” and gave a talk called “Bringing back the birds of our dreams.” Can you briefly describe how de-extinction would work, how we bring back species and what benefit bringing back a particular species could have?

Haig: De-extinction is an exciting idea that is just in its technical infancy. The idea is that various molecular methods, ranging from cloning to specific gene replacement to selective breeding, will result in bringing back to life species that have previously gone extinct. The genetic methods are far more advanced for mammals and amphibians at this point than birds.

You need to be brutally careful about what you choose to bring back because, in my opinion, it has to be more important to bring a species back than it does to protect a species that stands, that is already out in the wild right now, because there are enough now that we could save that have not gone yet extinct. My own feeling is that this technology could be most useful when bringing back a particular species would result in greater conservation efforts for an ecosystem than if the species were left extinct.

An example of this is found in the flooded bottomland woodlands of the Southern U.S., where habitat is quickly disappearing. In this case, bringing back the iconic ivory-billed woodpecker would cause such a stir — as evidenced when a few people thought they saw them several years ago — that there would be no choice among government and NGOs but to protect the remaining habitat. The resulting habitat conservation and increase in local revenue would be a win-win situation currently unattainable.

CNN:  How is climate change affecting endangered species you work with?

Haig:  Well, that’s a huge question! (laughs) We are examining the effects of climate change on two major ecosystems that affect waterbirds. The first is the Pacific coast area that includes the habitats from the grassy dunes to the intertidal area. This area is key to many shorebird species — snowy plovers, black oystercatchers, whimbrel, black turnstones — but (is) largely ignored by most climate studies. We are using a cutting-edge photographic system to document how seawater distribution changes over a tide cycle in a particular habitat. We can then (use) these results to (see) how small to large changes in sea level will alter the habitat (of) nesting and foraging birds.

A second approach is to examine the current distribution and (salt levels) of water in Great Basin wetlands. We know that certain water salinities provide better food or drinking water for waterbirds. As the climate changes, the availability of these resources will change for the birds.

In both scenarios, we want to be able to predict (the effects of climate change in these areas) so we can tell wildlife managers what to expect, which habitats may disappear and which may become more abundant.

CNN:  Is there a good example of a species that in particular is being hurt by the effects of climate change?

Haig:  The one I’m most worried about right now are black oystercatchers. I mean, obviously, everybody talks about species like the polar bears being greatly affected in the Arctic. The black oyster catcher is found on the Pacific coast, and they have a pretty limited distribution anyway, and they’re the ones that we’re most worried about in terms of sea-level rise taking away the invertebrates that they feed on. We don’t even know the effect the changing salinity (of the ocean’s water) will have. In my mind, (the black oystercatchers) are the polar bears of the West Coast in terms of their vulnerability to climate change and in terms of how they represent that inner-tidal ecosystem the way the polar bears are representing the situation up in the Arctic.