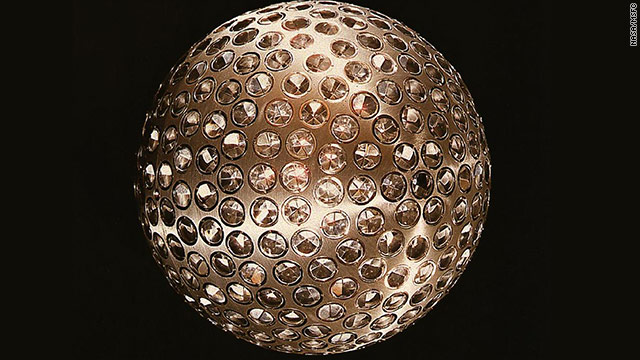 NASA's Cassini spacecraft returned a stunning image of a hurricane on Saturn's northern pole. The shot (pictured above) was taken on November 27 and is one of the first views of Saturn's north pole lit by the sun.

The colors in the image are not the real ones.  They represent projections of various wavelengths of near-infrared light. Red is used to represent low clouds, and green indicates high clouds.

Scientists don't know how long this storm, which has an eye that measures 1,250 miles across, with cloud speeds as fast as 330 mph, has been active. The last time the planet's north pole was imaged in 2004, it was in darkness.

According to NASA, images were taken with a narrow-angle camera on Cassini, "using a combination of spectral filters sensitive to wavelengths of near-infrared light."

Studying this storm may lead scientists to new insights about hurricanes on Earth.

Cassini is one part of the Cassini-Huygens mission operated by NASA, the European Space Agency and the Italian Space Agency. Read more about it here, here and here. 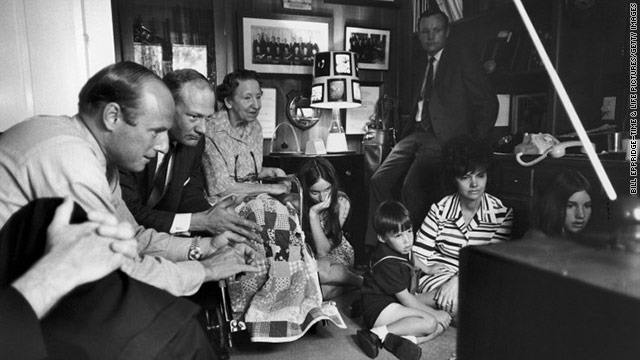 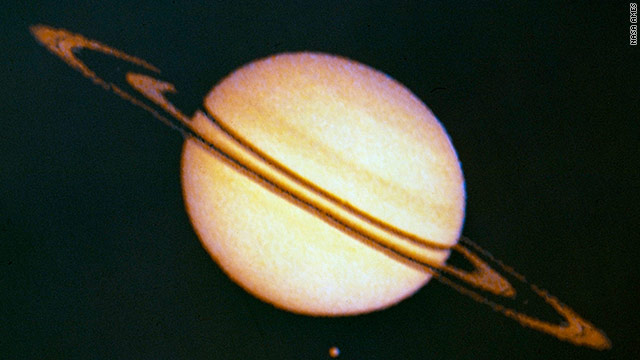 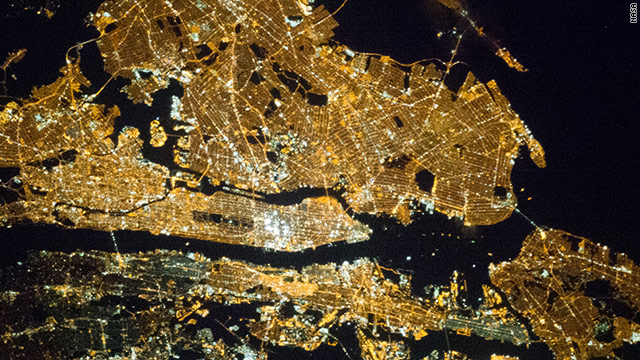 "One of the Expedition 35 crew members aboard the Earth-orbiting International Space Station exposed this 400 millimeter night image of the greater New York City metropolitan area on March 23, 2013.

For orientation purposes, note that Manhattan runs horizontal through the frame from left to the midpoint. Central Park is just a little to the left of frame center." 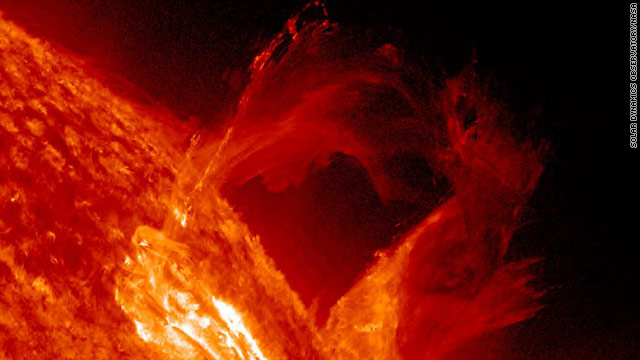 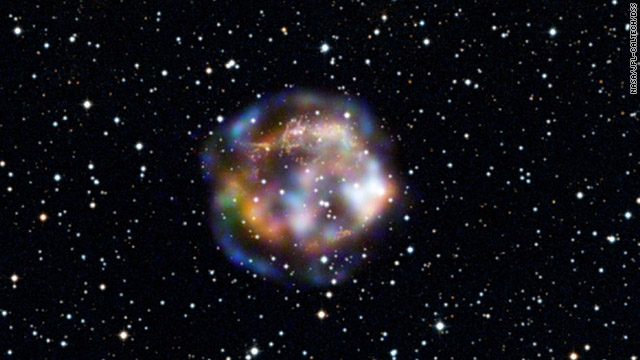 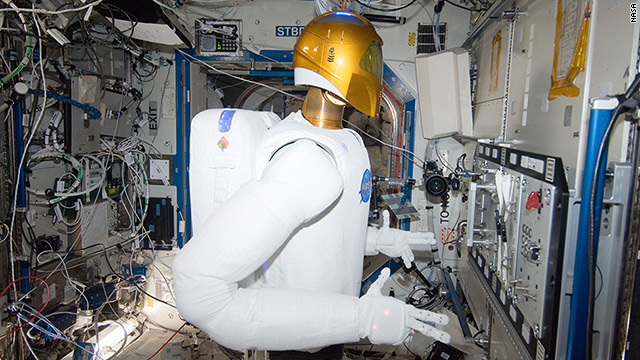 Robonaut Operates Task Board in Space

"In the International Space Station's Destiny laboratory, Robonaut 2 is pictured on Jan. 2, during a round of testing for the first humanoid robot in space. Ground teams put Robonaut through its paces as they remotely commanded it to operate valves on a task board.

Robonaut is a testbed for exploring new robotic capabilities in space, and its form and dexterity allow it to use the same tools and control panels as its human counterparts do aboard the station." 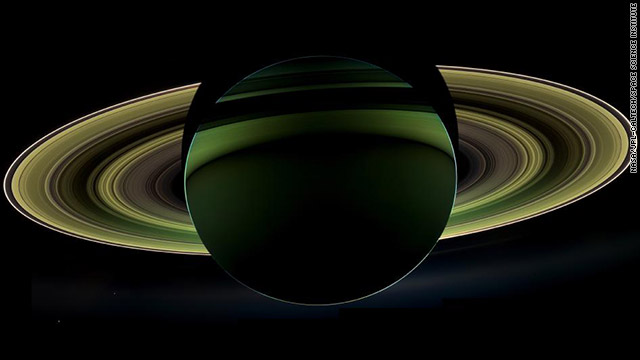