Imagine waking up to a world where your cell phone doesn't work, you can't fill your car's tank using a credit card, and you cannot monitor the day's news or watch your favorite program on television. Sound farfetched? Perhaps – but the U.S. government is leading the charge with other nations to keep one possible catalyst for that scenario from unfolding.

Earlier this year, Secretary of State Hillary Clinton announced the United States would join the European Union and other nations to develop the "International Code of Conduct for Outer Space Activities" that would establish an international framework for the responsible use of space. In a statement announcing the initiative, Clinton said the United States was committed to "reversing the troubling trends that are damaging our space environment."

Eleven countries have space-launch capacity, and over 60 own and operate more than 1,100 satellites that play an unseen role in our daily lives, or serve military or intelligence-gathering dimensions for the governments who oversee their use.

The problem of space debris, or "space junk" as it is known, has become an increasing impediment to the effective management of outer space, with several near misses in recent years of both commercial and official assets for many space-faring nations.

"Unless we take action soon, if there are a number of other collisions, we could be in a situation 10 or 15 years from now where low Earth orbit is just too difficult to maneuver, which would have a dramatic impact on people's daily lives," Frank Rose, deputy assistant secretary of state for space and defense policy, told CNN's Security Clearance.

"Every aspect of our lives is dependent on space, and how if we were denied that access and those capabilities it would dramatically affect our lives." 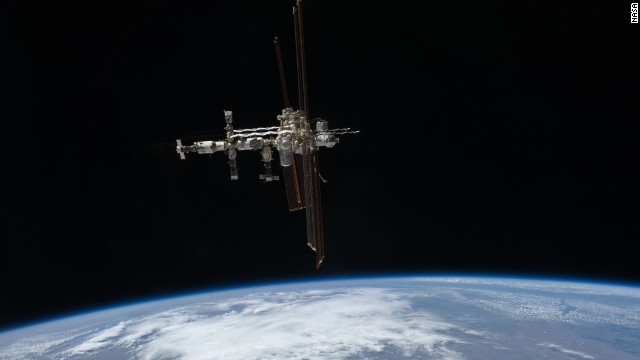 The U.S., the European Union and others are planning an International Code of Conduct for Outer Space Activities.
January 18th, 2012
08:27 AM ET

With fears of a catastrophic galactic collision mounting, the United States will join a transnational consortium aimed at making outer space a more navigable enterprise.

"Unless the international community addresses these challenges, the environment around our planet will become increasingly hazardous to human spaceflight and satellite systems, which would create damaging consequences for all of us," Secretary of State Hillary Clinton said in a written statement Tuesday.

The United States will join the European Union and other nations to develop an International Code of Conduct for Outer Space Activities. When implemented, the code would establish an international framework for the responsible use of space.

With the number of satellites in space that keep everything from global commerce and daily communications moving to weather forecasting and global navigation, the danger of a collision in space has escalated over the past decade.