Dr. Michio Kaku is a theoretical physicist. Dr. Kaku is the co-founder of the string field theory and a professor at the City University of New York. You might recognize him as the host of “Sci Fi Science” on the Science Channel. He is also the author of several widely acclaimed science books, including the recently published “Physics of the Future: How Science Will Shape Human Destiny and Our Daily Lives by the Year 2100.” In his latest work, Dr. Kaku talked to more than 300 scientists developing futuristic concepts in areas like space exploration, medicine, and computers.

You are a theoretical physicist—what does that mean? How would you describe your every day job?

A theoretical physicist uses pure mathematics in order to find the fundamental laws of the universe. While an experimental physicist uses sophisticated and expensive equipment to probe these fundamental laws, we theoreticians try to explain complex experiments using mathematics. This means that my pen is my laboratory. In New Yorker cartoons, we theoreticians fill up whole blackboards with our colleagues and say cute things. Yes, we do that too. But basically we spend hours by ourselves, playing with blocks of equations in our heads, trying to fit them together and make sense out of experimental results.

In your new book, “Physics of the Future,” you talk about flying cars and humans living in space in the year 2100. Will we all live like the Jetsons?

The average person sometimes asks, "Where are my jet pack, my flying car, my robot maid, and my ticket to the moon that you scientists predicted?" Actually, these predictions were made by cartoonists, not by physicists. Today, we already have jet packs, flying cars, and trips to the moon, but they are very expensive. That is the reason consumers do not have these things. However, in the future prices will come down. Also, we could be entering the Age of Magnetism with the coming of cheap super magnets. This means that one day our cars and trains may float on a cushion of magnetism. This could also solve the energy crisis, since most of the energy in gasoline goes into overcoming the friction of the road. In the future, our cars may simply float effortlessly, using only a tiny amount of energy.

By 2100, we may have the space elevator, in which we simply push the UP button and take a ride into outer space. Super fibers (called carbon nanotubes and graphene) are in theory strong enough to support a cable thousands of miles long that ascends into space, carrying an elevator with it.

What is the likelihood of developments like artificial intelligence and genetic engineering being fully developed by year 2100?

Today, scientists can already manipulate single genes, and also build robots with the intelligence of a cockroach. But computer power and gene sequencing doubles in power every year or so, so gradually we will be able to manipulate scores of genes and create robots of increasing intelligence. By 2100, it is conceivable that we will be able to (a) grow almost every organ of the body from your own cells, creating a "human body shop" of spare organs; (b) slow down and possibly stop the human aging process at the genetic level; (c) create "designer children" so that parents can choose many of the genetic characteristics of their future children; and (d) cure cancer and other diseases by creating "nano particles," which are like molecular smart bombs that target individual cancer cells.

What about the future of the Internet 100 years from now? How will the Internet change and how will it affect our lives?

In about 15 years or so, the internet will be everywhere, including our contact lenses. We will be able to blink and go on line. These contact lenses will allow us to identify people's faces and translate what they are saying into English via subtitles. [It will help] students studying for final exams, actors and politicians memorizing their lines, or tourists who want to see the entire Roman Empire resurrected as they walk among the ruins of ancient Rome. Eventually, we will access the internet mentally. Microchips in our heads will allow us to mentally control objects around us and also control the internet in our contact lenses.

Also, the internet will be in our walls, in the form of intelligent wall paper. Already physicists can make "intelligent paper," which can be plastered on our walls, so when we need to talk to a lawyer or doctor, an animated robo-doc or robo-lawyer will appear on our wall. Our living rooms will consist of 360 degree walls connected to the internet, so being on line will be like living in the movie “The Matrix.”

What are the downsides to all these technological discoveries and advances?

Science is a sword. One side can help to cure the sick, energize the weak, and empower the powerless. But the other side can also enslave, if used incorrectly. We face the danger of bio-engineered germs, which can be weaponized to kill millions. We also face the threat of nuclear proliferation. But the great hope is that the information revolution will spread democracy, and history tells us that democracies never war with other democracies. Hence, as the internet spreads democracy, we will see the powerless gain a voice and reduce the power of dictatorships, which will reduce the fires that create wars. We will still have wars, but we will have fewer of them. 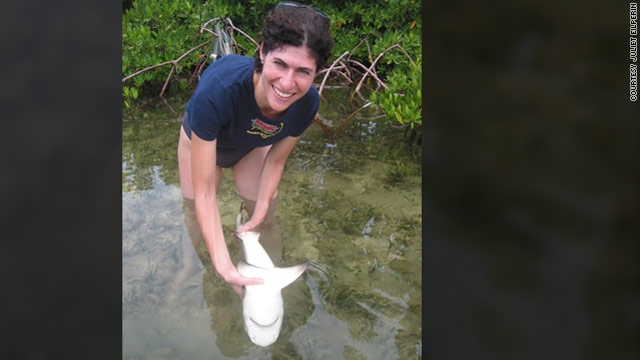