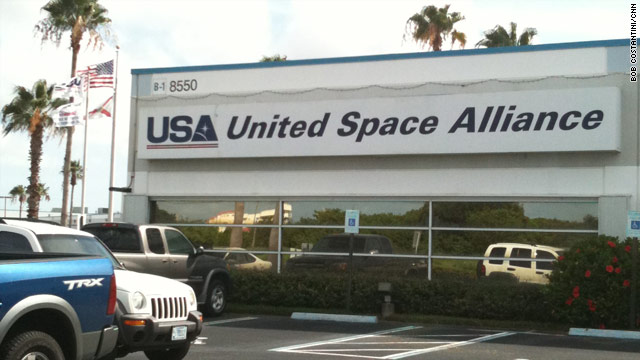 With Friday's launch of Space Shuttle Atlantis marking the end of NASA's 30 year long shuttle program, CNN's Bob Costantini talks with some career space industry workers who depended on the program for their livelihood about what they plan to do next.

To a visitor at an Irish pub in Cocoa Beach, it seems fittingly like a wake. Regulars come in wearing shirts with a variety of logos related to Space Shuttle missions. They hug, kiss and lament the passing of an era.

The Space Coast, as it's called throughout Brevard County is shivering at the thought that no one system is set to replace the shuttle regularity. Some 7,000 jobs have been or will be eliminated, once Atlantis touches down and is mothballed for the Kennedy Space Center visitors' center a few miles west of the launch pad.

"We actually watched the astronauts come out in the van. And they'd stop right there," by the launch pad, according to Garry Broughton. He started with the Shuttle in 1978, three years before the first launch. Broughton is an engineer who helped design and build up the rocket booster and tank systems.

"We'd walk out by the road and wave [the astronauts] on," Broughton recalls. "It was great, ya know!"

Broughton is 57, an age where he qualifies for a partial pension from United Space Alliance, an amalgamation of Lockheed Martin and Boeing, that does combined contract work for NASA. Only problem is, USA as it came to be known, has had to lay off about 1900 workers along the Space Coast.

"I planned on working [to] 62. I plan on going back to work," Broughton tells CNN Radio. "I just hope some money moves around here, because there's so many people looking for jobs."

He tells of friends who've taken work in Afghanistan. Others have moved away.

The Space Coast future is as cloudy as a late summer afternoon in much of Florida. There is no set path on to the next manned program, though the Obama Administration is pushing "Orion," a plan to get into deep space and maybe to Mars. President Bush wanted to get men back to the Moon.

Much of the uncertainty lies in Washington's increased budget and deficit battles. NASA is an easy target. For now, any Americans going heavenward will have to get to the International Space Station via the Russians.

For now, Broughton reflects on his 30-plus career in the space industry before considering what he'll do next.

Or you can also listen to the CNN Radio Reports podcast on or to the podcast here.